Hey everyone! Sorry I missed a few days. Two things caused the delay in posts:

When the new Mental Floss arrives, all other activities must halt until I've read it from cover to cover, at least twice. It's random knowledge at its finest. I feel as though my internal random information generator has been restocked.

I started reading Mental Floss when I worked at Barnes & Noble. I was a music seller (aka music snob), and could name a song from a customer's bad singing in just seconds. Looking back, that was the best job I've had so far. It's where I was happiest. My coworkers were smart and quirky. I still talk to many of them, and it's been almost 10 years since I worked there. Maybe it's the headache talking, but I miss that place.
Posted by Haydia at 11:28 PM No comments:

I recently read some articles about green burials. These articles discussed a rising trend in people choosing to be buried in a way that doesn't add inorganic materials (embalming chemicals and metals from clothing and the casket) to the earth. Green burials are meant to return the body to the earth in as natural a state as possible. I know that sounds treehugger-ish and New Agey, but isn't that what is meant to happen when we die? Isn't it "Ashes to ashes, dust to dust," not "Unable to decompose due to chemicals"?

Having been raised Muslim, I have always been a bit horrified with "Western" burial practices. It seems wrong to have complete strangers handling the body of the deceased and to have them pumped full of chemicals and placed in an incredibly expensive box whose sole purpose is to rot in the ground.

I'll provide some perspective. My maternal grandmother passed away a few years ago. She lived with my family, so I spent most of my life with her in the house. I was devastated when she passed. She died early in the morning at home, with my aunt at her bedside. The funeral took place the day that she died, as per her wishes, and only female family members handled her body. No stranger touched her. Her body was handled with love and respect by people who cared for her. Her daughters and several of her granddaughters washed her body, which was always covered with a cloth, and wrapped her in a plain white cotton shroud. She was then placed in a simple pine coffin that had wooden pegs to hold it shut. (In Guyana, they don't use the coffin. The body is placed directly in the ground. I believe we were required to use a coffin here.) There were no chemicals involved. We used only water and camphor to bathe her.

I was surprised to find that doing this wasn't as hard as I thought it would be. There were no tears while we prepared her. We spoke to her and let her know we loved her and were abiding by her final requests by laying her to rest as her religion dictated. It was like saying a final goodbye. After a short religious ceremony, she was buried in a Muslim burial ground before the sun set.

As I understand it, "Western" burials involve embalmers, funeral homes, and expensive coffins. I couldn't fathom having my loved ones handled by complete strangers in death. I wouldn't want that for me. When my paternal grandmother passed away in January, I had to explain to the nurse (who was removing the covers from my grandmother) that we do not expose the deceased's body out of respect. She was very accommodating, but I was surprised that this wasn't the norm.

Even if my family wasn't Muslim, I would still want to have a green burial. Am I alone in this? Has my upbringing caused me to think like this? I'm curious.
Posted by Haydia at 8:54 PM 2 comments:

I just watched The Dilemma and it hit a little too close to home. The same problems that Steve and I have were displayed. I think the Jennifer Connelly character, Beth, actually said some things that I've said.
Our big problem has been communication. I've been feeling in the dark about a lot of things, and he doesn't think it's necessary to bring me into it, as his problems are just that. His.
In the movie, Vince Vaughn's character, Ronny, has been keeping a secret about his best friend to himself, not talking to his girlfriend Beth about it. His explanation is that it's his problem, and he has to fix it. Beth says to Ronny that he isn't "fixing anything, just breaking more things... If you don't let me in, how do I know how to fix it?" I teared up at that line. It's exactly where I am today. Frustrated that I don't know how to help him. Sad that he doesn't want my help. Furious because he left me alone. Confused because I have no idea what is going on. Terrified of losing him.
Yes I know that I'm reading a lot into a Vince Vaughn comedy, but I'm not in a happy place today. It's been a week since I've seen him.
Posted by Haydia at 5:03 PM 2 comments:

I saw on Facebook that someone I know has lost their cats. This got me thinking about Wesley, who passed away in 2004. He was an outdoor cat and would be gone most of the day. I always wondered what he did when he roamed. It seems some researchers in Illinois wondered the same thing. They fitted 42 cats with radio tracking collars and tracked their movements for two years. 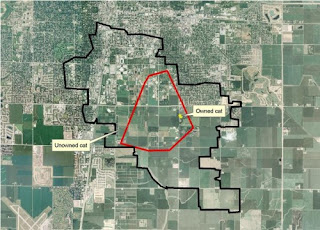 Apparently, cats who have owners wander around a much smaller area than feral cats. I would have loved if they fitted the cats with teeny cameras, so we could see what they were doing. I'm guessing napping. In sunbeams.
As I type this, Maya has come over and lain across my left arm between me and the laptop. I'm guessing someone wants attention.
Posted by Haydia at 1:05 PM No comments:

Hi. I'm Haydia. I currently am unemployed, bored, and poor. Not exactly where I thought I would be at 31. Needing an outlet for my poor brain, I decided to start a blog. Well, Anne decided that I should start a blog. I believe she is my only reader. (Hi Anne)
Some things about me:
That's it for now. Expect great things to come...
Posted by Haydia at 6:51 PM 2 comments: